A little rumba on la playa.

Luckily, I've got some good news for you intrepid travelers looking to enjoy some fun once the sun goes down. Mazatlan nightlife is damn good, especially for such a small city.

For a city of only 500,000+ people in a “dangerous” part of Mexico, you'll find going out in Mazatlan a whole hell of a lot of fun. There's great nightclubs, good music, friendly people, and the girls certainly aren't ugly, either.

On top of all that, many of the clubs and bars are practically on the beach. I dunno about you, but drinking and dancing the night away with an ocean view is never a bad time.


But enough with all my fluff, let's dive into the ‘rice and beans' of this bad boy.

Below you'll find everything you need to know about nightlife in Mazatlan, Mexico…including:

What's So Great About Mazatlan Nightlife?

Well, it's good, but it's not that it's great. Nightlife in Mazatlan cannot compete with the likes of Mexico City or Bogota, Colombia.

It's just that la rumba in Mazatlan is far better than one would expect in a city of 500,000+ people. If you're looking to party in a city by the beach that hasn't been destroyed by foreign tourism, then Mazatlan might be the top spot in all of Mexico.

Here are a few reasons why:

There aren't a ton of clubs in Mazatlan. But there are certainly some big ones. Hell, even bigger than what you'll find in CDMX. You'll find places like Joe's Oyster Bar are massive and get filled to the brim damn near every weekend. Unexpected for a small city by the beach.

You won't find many foreigners partying hard in Mazatlan. But you will find tons of people from the towns and cities around Mazatlan. This beach city is a favorite for people living in Durango and Culiacan. They come down to the beach to let loose.

It's cheap as hell to party in Mazatlan. Unless you're going to Prive, I found costs low throughout the city. Beers for $20 pesos, mixed drinks for a few bucks, and club entrance for under $5 USD. You could have a big night out here for under $1,000 pesos. Or you could keep things cheap and not even spend $20 bucks.

All the biggest clubs in Mazatlan are in Zona Dorada and La Marina areas. You're never more than a 5-6 minute Uber ride from any of the major nightlife spots when here. This makes it more than easy to bar and club hop in Mazatlan.

I never found a decent spot to go out in Mazatlan during the week. Stick to Friday and Saturday if you're hoping to find decent crowds here. This is a working city when the tourists aren't around.

Joe's Oyster Bar stays open until 4 AM every day and night. Prive is open until 4 AM on the weekends. If you're looking to stay up until the sun comes up over the Pacific Ocean, you can do it in Mazatlan.

Many of the popular clubs and bars are right by the beach. Hell, some of them are even on the beach and allow you to walk through the sand to enter. 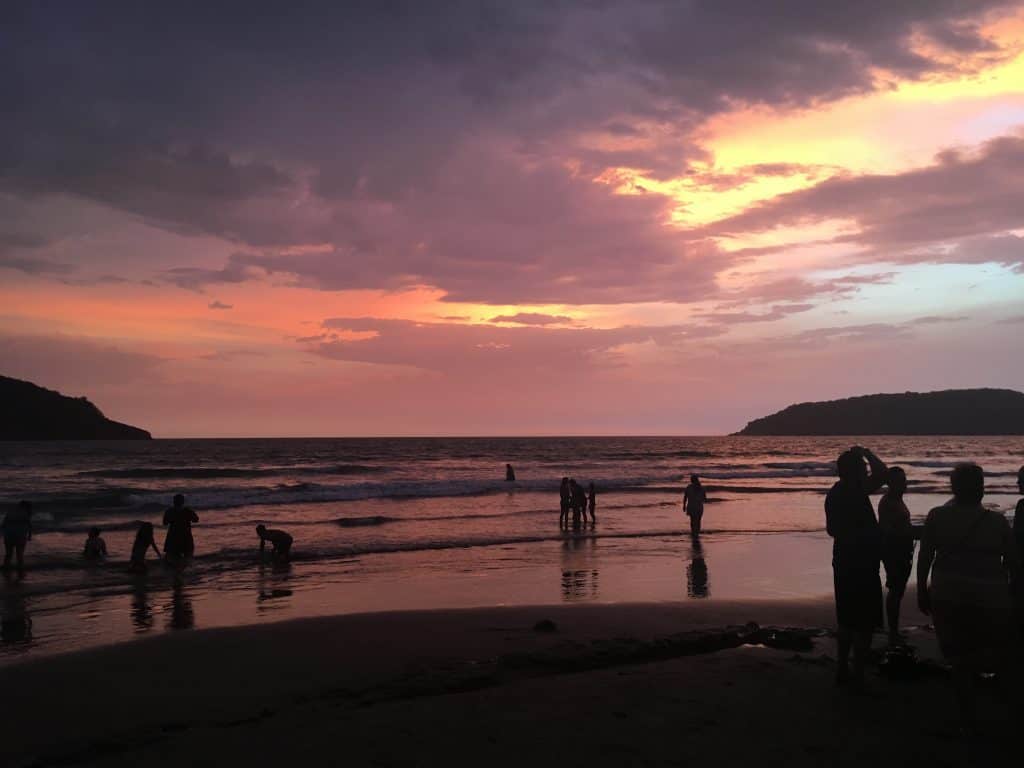 Costs of Nightlife in Mazatlan, Mexico

If you're looking to party here, it doesn't have to break the bank. I don't think I've ever seen such a cheap place to booze.

Outside of buying bottles in a place like Prive or Classico, you shouldn't have an issue with costs while partying here.

Here's a quick breakdown of prices at bars and clubs in Mazatlan:

You could easily go out to Joe's Oyster Bar for a big night out and not even spend $25 bucks the whole night. Or you could buy a few bottles at Prive and drop $100's. It all depends on how you want to party. 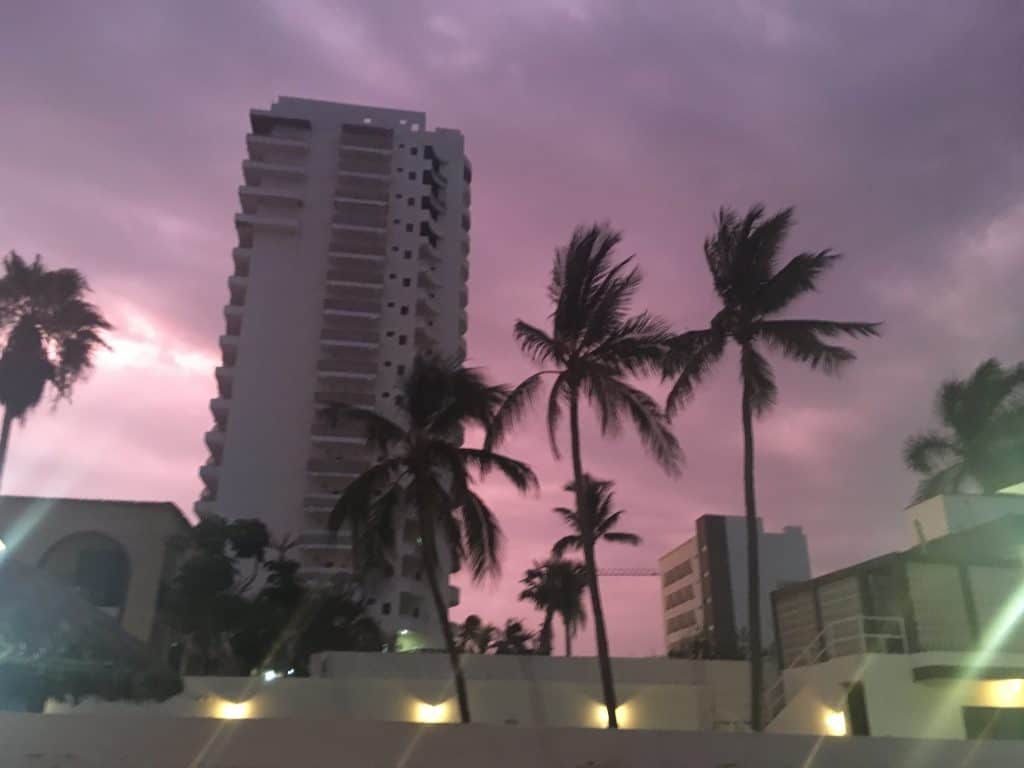 Where to Stay In Mazatlan?

Although Mazatlan is a fairly small city, it pays to think long and hard about where you want to stay.

Anyway, it goes without saying you want to be right near the beach. That's the whole point of staying in a beach resort, after all. And because Mazatlan isn't particularly expensive, chances are you can afford a nice spot within walking distance of the playa, and perhaps even with an ocean view.

There are four main beach barrios to choose from, and I'll give you a quick rundown of each:

This is the rich part of town where most of the top-end apartments and shopping malls are found. If you've got a private yacht and/or close connections to the Mazatlan bourgeoisie, then Marina is a top spot for you. There's plenty of pretty grasslands and wonderful views of the marina and the coast. However, there isn't much else.

On the other end of the spectrum is El Malecon, a long and skinny neighborhood with the cheapest beachfront real estate in the city. It's looking a little run down these days and the local restaurants and bars aren't the best. But if you're on a tight budget, then it's worth a look.

Olas is where all the North American retirees go to live out their twilight years. Think peaceful colonial plazas and quaint cobblestone streets. It's pretty and pleasant enough, although a little too quiet for our tastes.

Last but not least is Zona Dorada, my personal favorite spot in the city. Yes, it is rather touristy, but with good reason…

Zona Dorada has the best nightlife, gastronomy, architecture, and beach vibe in the city. If you're looking for a vibrant spot to experience authentic cosmopolitan living right at your doorstep, this is your best bet. And as a night a fellow aficionado of after-dark entertainment, it's going to be your go-to choice. 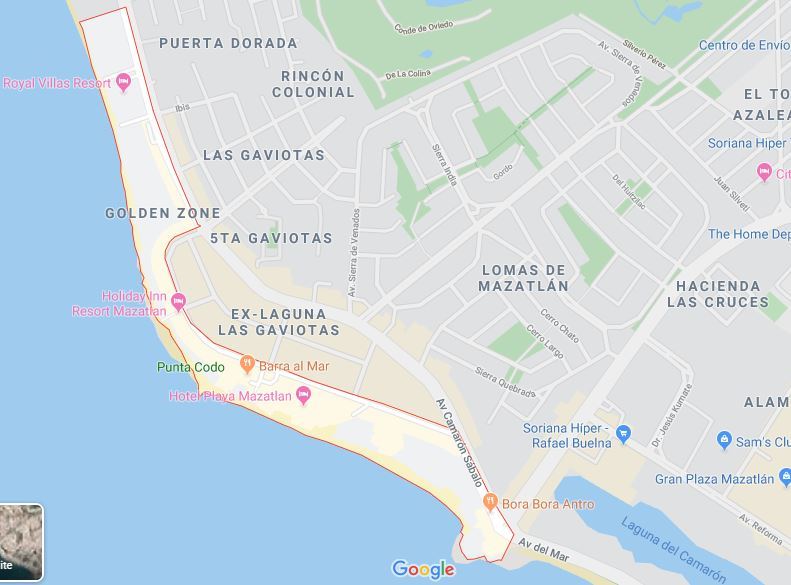 Featuring stunning ocean views and rooms with balconies, along with an included breakfast, amazing infinity pool, modern decor, and so much more. This spot is by far the best place to stay in Mazatlan.

After living in Mazatlan, Mexico for over 3+ months, I'll do my best to break things down for you. For any and all gringos looking to enjoy la rumba in Mazatlan…

Here's where to go:

That's about it, amigos. Everything you'd ever need to know about partying in Mazatlan, Mexico as a gringo. Or a foreigner.

While the nightlife in Mazatlan, Mexico will get repetitive after a while, there's enough to keep any party animals entertained for a few weeks to a month.

If you've got any questions, feel free to sound off in the comments below and I'll do my best to answer them.

Travel junkie turned blogger. Location independent. From the Midwest, but often based in Latin America. Big on beaches, rumba, and rum. Addicted to the gym. Committed to showing a different style of travel - one that involves actually interacting with locals and exploring different cultures.

This website uses cookies to improve your experience while you navigate through the website. Out of these, the cookies that are categorized as necessary are stored on your browser as they are essential for the working of basic functionalities of the website. We also use third-party cookies that help us analyze and understand how you use this website. These cookies will be stored in your browser only with your consent. You also have the option to opt-out of these cookies. But opting out of some of these cookies may affect your browsing experience.
Necessary Always Enabled
Necessary cookies are absolutely essential for the website to function properly. This category only includes cookies that ensures basic functionalities and security features of the website. These cookies do not store any personal information.
Non-necessary
Any cookies that may not be particularly necessary for the website to function and is used specifically to collect user personal data via analytics, ads, other embedded contents are termed as non-necessary cookies. It is mandatory to procure user consent prior to running these cookies on your website.
SAVE & ACCEPT